United to offer you quality services

This page is dedicated to our clients and partners who partner with our hotels to offer you the best services, packages or exclusive advantages. 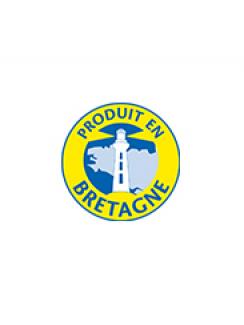 "Because we are proud of our origins and our ambition is your satisfaction, we are members of Produit en Bretagne.

PRODUCT IN BRITAIN was born from the shared desire of a few Breton decision-makers to act in favour of their economic, cultural and natural environment... Today, it is a signature of decision-makers committed to their territory. This commitment is reflected in a network effect, a continuous progress of the companies and the Association. Joining PRODUIT EN BRETAGNE is a voluntary approach by business leaders who wish to work in their territory, in favour of it, sharing the values crystallised by its logo. The signature "values to be shared" underlines the notion of exchange at the heart of PRODUCT IN BRITAIN, as everyone contributes and benefits.
www.produitenbretagne.bzh 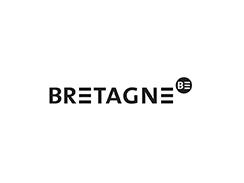 Come to Brittany without a car!

The Brittany Tourist Office and the Oceania Brest Centre have joined forces to offer you an eco-friendly stay without a car! Follow the guide to get around by public transport and enjoy a cultural and urban stay in the heart of Finistère.
www.en-bretagne-sans-ma-voiture.com 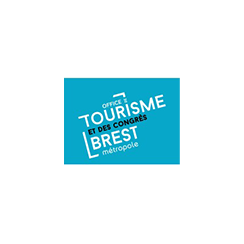 Innovative, supportive and open to the world, the city of Brest shines thanks to its centres of excellence around the sea, defence, maritime cybersecurity, health and digital technology.

The city of Brest offers quality infrastructures for conferences: the Quartz, the Arena, the Atelier des Capucins, Brest Expo and Oceanopolis. 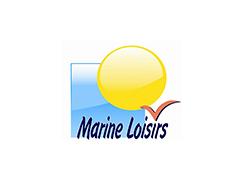 Oceania Hotels has set up a partnership with the Navy, allowing holders of the "Marine Loisirs" card to benefit from a 15% to 20% discount on the "best available rate of the day", room and buffet breakfast included, subject to availability. On presentation of the Marine Loisirs card on arrival.

The Convention and Visitors Bureau

Paris, Olympic city, city of light, city of culture, city of business... it opens its doors to you for your business and congress events to offer the best to your visitors. If you wish to organise a congress for researchers, a top-of-the-range incentive, a trade fair or simply a business meeting, Paris has all the assets to meet your expectations. 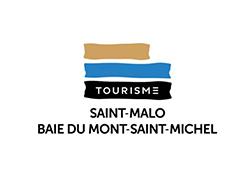 Oceania Hotels is a partner of the Saint-Malo Tourist Office. Find all the news about the city on their website.
www.saint-malo-tourisme.com 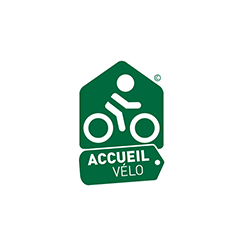 The Loire by Bike

For seasoned cyclists or enthusiasts curious to cycle through the cradle of the Renaissance, to explore an area listed as a UNESCO World Heritage Site, to discover the history and exceptional riches of the Loire castles or to marvel at the spectacle of nature... The Escale Oceania Orléans 3* hotel, a partner of La Loire à Vélo, is at the foot of 2 EuroVélo routes: EuroVélo 6 and the Scandibérique, EuroVélo 3. 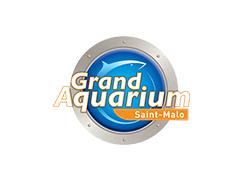 The Escale Oceania*** Saint-Malo hotel, partner of the Grand Aquarium of Saint Malo, takes you on an adventure among 12,000 animals. Marvel at the beauty of the tropical fish in the heart of the coral reefs, be lulled by the incessant ballet of the sharks in the new Shark Ring and intrigued by the animals of the deep. After the dream, move on to the action... At the touch pool, touch the fish with your fingertips in a 120 m² pool. 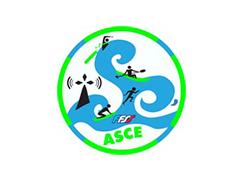 ​The Hotel Escale Oceania*** Saint-Malo is a partner of the ASCE (Association des Secouristes de la Côte d'Emeraude). The aim of this association is to develop first aid in all its forms and sports rescue. This association offers a wide range of training courses: first aid, team first aid with equipment, water rescue, sports and safety, etc. 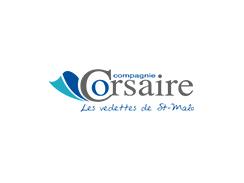 ​Every year from April to October, the company offers a wide range of maritime connections: the Chausey Islands, Dinard, Saint-Malo, Saint-Cast, Dinan as well as coastal cruises.

We partner with expert wellness providers to offer you their services during your stay in one of our non-spa hotels. 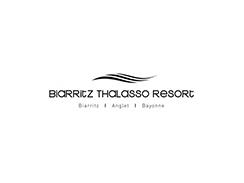 Enjoy a half or full day of relaxation in a lagoon heated to 34°C, with jacuzzi, sauna, hammam, current pool and multiple water jets... Don't hesitate to ask for massages & treatments as diverse as varied. 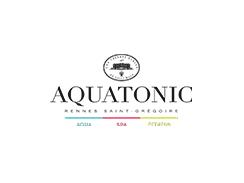 Aquatonic Rennes - directly linked to the Oceania Rennes hotel
A moment of escape: in the Aquatonic Course, you move through different pools where the magic of 34° water bewitches you with, among other things, underwater jets, bubbling baths and the counter-current walking corridor... Immerse yourself in a great source of relaxation and take advantage of this wave of energy to recharge your batteries all year round. In the SPA, discover a true sensory journey through aromas and rituals. Your body and mind will be transported to well-being. The Aquatonic Rennes is directly linked to the Oceania Rennes hotel by a tunnel. Take advantage of the special rates of the Oceania Rennes hotel.

The Oceania Hotel**** Clermont-Ferrand is a partner of the Royatonic Thermoludic Centre. This centre offers you a moment of relaxation in a volcanic setting. During your stay in our hotel, come and discover the different thermal water baths and enjoy an outpouring of well-being thanks to multiple activities such as bubble beds, massage jets, scented baths, or even goosenecks, steam rooms and saunas that will free you from your tensions.

This section gathers all our partnerships linked to sport: during your sporting competitions, there is always an Oceania hotel nearby! 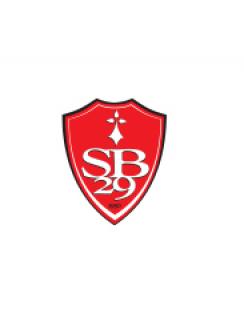 A long-standing partner of the Stade Brestois 29, the family-owned Oceania Hotels Group is affirming its growing involvement with the Club by becoming "Official Hotels of the Stade Brestois 29" and by displaying itself on the players' shirts. But the strengthening of the partnership between Oceania Hotels and the Stade Brestois 29 is mainly due to a real mutual attachment. Indeed, the origins of Brest, the "human" commitment, the team spirit, the dynamism, the closeness to the public and the fighting spirit to enter and remain in the big league are all common points that can be found in the operation of the Hotel Group as well as within the Club. This desire to go ever higher together is undoubtedly the strong point of this partnership. As Gurvan Branellec, President of Oceania Hotels, says, "If we want the Club to have ambition and be able to reach a higher level in terms of ranking and hope one day to be in the top half of the table, we must show solidarity with the team. Thus, to perfect this partnership, Oceania Hotels will take advantage of the various opportunities that will be given to it to rebound on the partnership by multiple original actions: promotional codes, Facebook games... A partnership to be followed throughout the season, all over France in the 26 Oceania Hotels as well as on the website oceaniahotels.com and the Facebook page of the Group ! 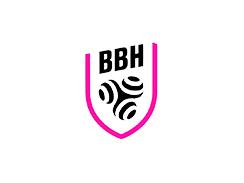 Official partner for several years, the Oceania Hotels group has been closely following the Breton club BBH. Based in Brest, BBH has made its mark in the history of French women's handball since its creation in 2014. Currently, it plays in the Ligue Féminine, the highest level of French competition.

The Oceania Rennes and Escale Oceania Rennes hotels are official partners of the Green Marathon. This partnership reinforces an already strong collaboration between Cap Malo and the Marathon Vert organising association. This marathon honours a real regional anchorage, a spirit of surpassing oneself and conviviality, very strong values to which the two Rennes hotels adhere. 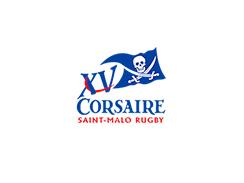 The Escale Oceania*** Saint-Malo hotel is now a partner of the XV Corsaire, the Saint-Malo rugby team. Indeed, team spirit, dynamism and combativeness are common points between the hotel group and the rugby team.
www.xvcorsaire-saintmalo-rugby.com 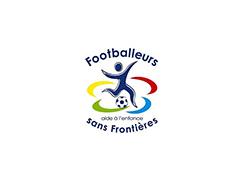 L'Escale Oceania*** Saint-Malo is a partner of the association "Les Footballeurs sans Frontières". This association, created in 1996, is at the service of children by providing support, in various forms, to abandoned, handicapped and sick children with the help of personalities from the world of sport and entertainment.
www.footballeurs-sans-frontieres.com 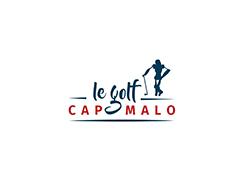 The Cap Malo golf course is located 900m from the Escale Oceania** Rennes Cap Malo hotel in a green setting with a floral theme on each hole.
www.le-golf-cap-malo.com 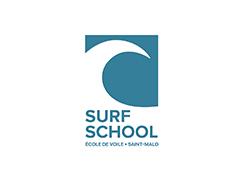 Partner of the Escale Oceania Saint-Malo, the Surf School (association under the law of 1901) has continued to develop to allow all its members to discover water sports activities and for the most athletic, to obtain high level titles... The association is affiliated with the French Sailing and Char à Voile Federations and has obtained the Youth and Sport approval and the approval of the Inspection Académique d'Ille et Vilaine.
www.surfschool.org 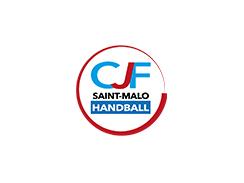 The Escale Oceania*** Saint-Malo hotel is a partner of the city's handball club! Come and discover and support the team! 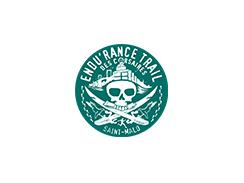 Our hotel Escale Oceania*** Saint-Malo is partner of the Endurance Trail des Corsaires. You will have the chance to run on the roads, paths and tracks between Saint-Malo and the town of Dinan.

The Escale Oceania Vannes is partner of Vannes Rugby Club.

The Escale Oceania Vannes is partner of the “Vannes OC” football club. 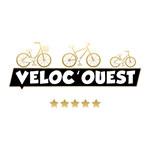 The Escale Oceania Vannes*** is in partnership with Véloc'Ouest, a bicycle rental service.